Tales from the Mirror
for Foyle Pride Festival
August 2016

The first event was Trans Tales (Tales from the Mirror), this was a rehearsed reading of transgender and non-binary plays in progress which have been developed through the Sole Purpose LGBT Theatre Labs, directed by Patricia Byrne. Kieran Smyth and Muire Mc Callion performed an excerpt from Sheelagh Bradley's Ghost in the Mirror, Glen Tilley and Jennifer Clifford performed an excerpt from Jennifer's piece Alyice's Diary. Then Luke Brown read his poem, An Alternative Heaven for Lost Youth. Finally, Jennifer read a monologue from Alyice's Diary. The readings were very well received, it was a powerful and emotional performance.

After the performance, there was the launch of a photographic exhibition featuring work by Alexsia Henderson and Lisa Lynch, who presented portraits of transgender and non-binary people. The exhibition was on display in The Playhouse from 22nd August to 27th August.

This project was supported by the Community Foundation for Northern Ireland through the Acorn Fund.

I was privileged to be asked to participate in this project. I originally had read Ghost in the Mirror at the LGBT theatre lab sessions with Sole Purpose Productions. Though the narrative in Ghost in the Mirror was based on a trans woman I feel it had a universal appeal not only to the trans community but to the wider general public about self-reflection and how we feel about ourselves and bodies. I think this piece has the potential to be further developed into a full play. It is exciting to hear more voices from the LGBT community emerge in a creative way on to a larger platform.

I really enjoyed taking part in this exciting project as a photographer. I came up against some new challenges for me in that I had to take photos of many individuals from all across Northern Ireland. I had to do this within a short time frame and came to really enjoy the pace. I was very pleased when my efforts all came together in the form of the exhibition which was held at the Playhouse in Derry. I also felt privileged to be able to see Trans Tales and to follow the production's progress from start to finish. The whole package was very entertaining and a great night was had by all.

I found working on the Trans Tales: Tales From The Mirror project very enjoyable, emotional and very educational. I did not know that there was such a thriving trans community here in the North West. While I knew that telling your family that you were transitioning would be a difficult thing to do, this project really impressed upon me just how fraught the situation is. As well as being an emotional, personal and innately human experience, the project was also full of humour and fun. I thoroughly enjoyed working with such a creative team!

Working on Trans Tales: Tales from the Mirror was engaging, exciting and emotive. To see my own words and actions from the play I wrote being spoken, performed and shaped, in the way that it came together was absolutely amazing. To be able to speak comfortably to audience members about the inspiration and reason behind my play as a gender fluid and non-binary being was relaxing and although I was nervous for this being my first play ever to be shown in any public capacity it has made me be more confident in every aspect of my life.

This had a profound impact. I realised this isn't a matter of choice.

Great to see the pride in all the trans people who have taken part in the exhibition. I know it will make a difference for all. Attending this and other trans events opened my mind to accept difference and to celebrate the courage of those who put themselves forward to share their stories and bring acceptance in society.

Well done to Sole Purpose Productions for doing this challenging work, giving a much needed voice to trans people with such respect and dignity. 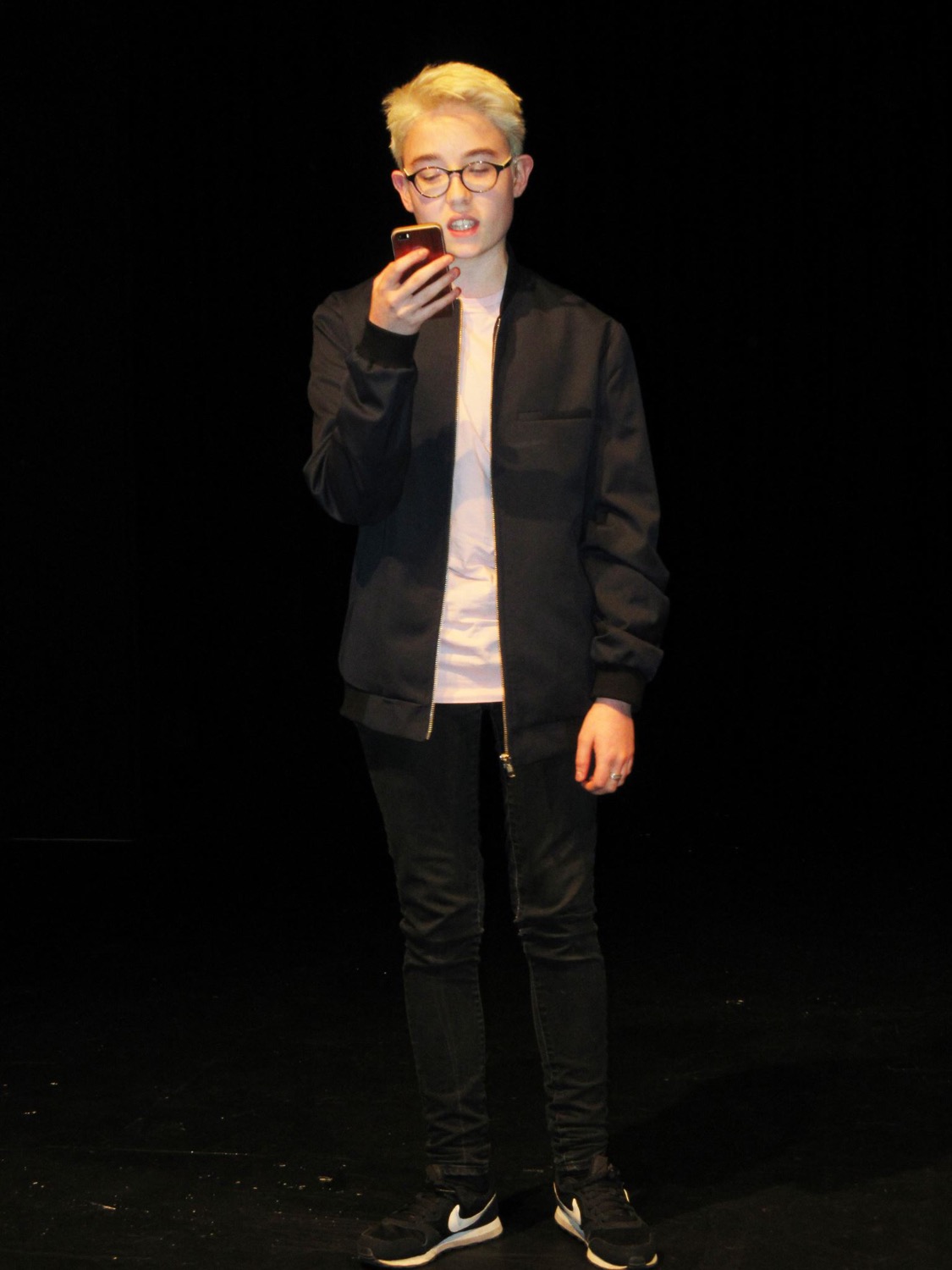 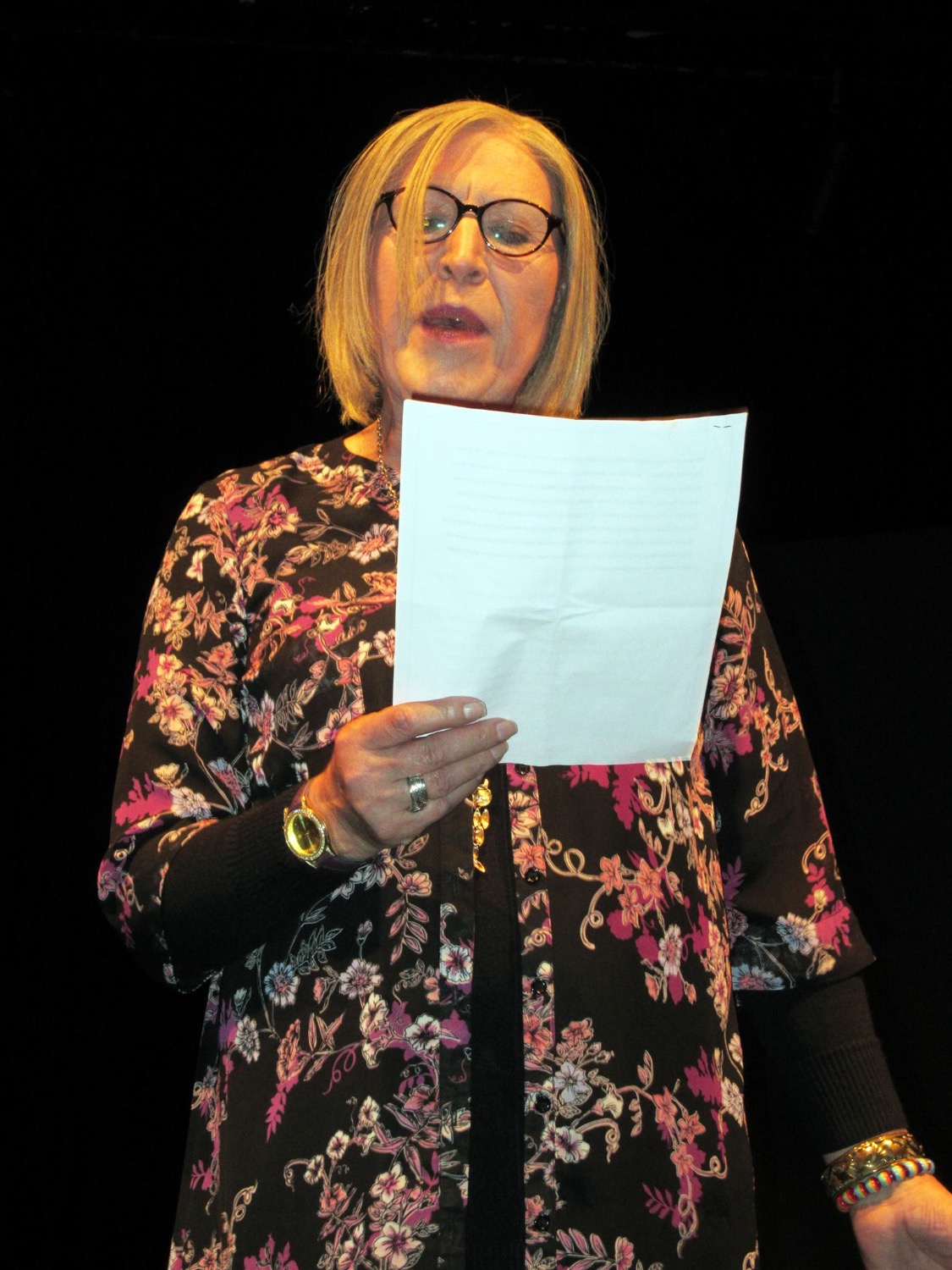 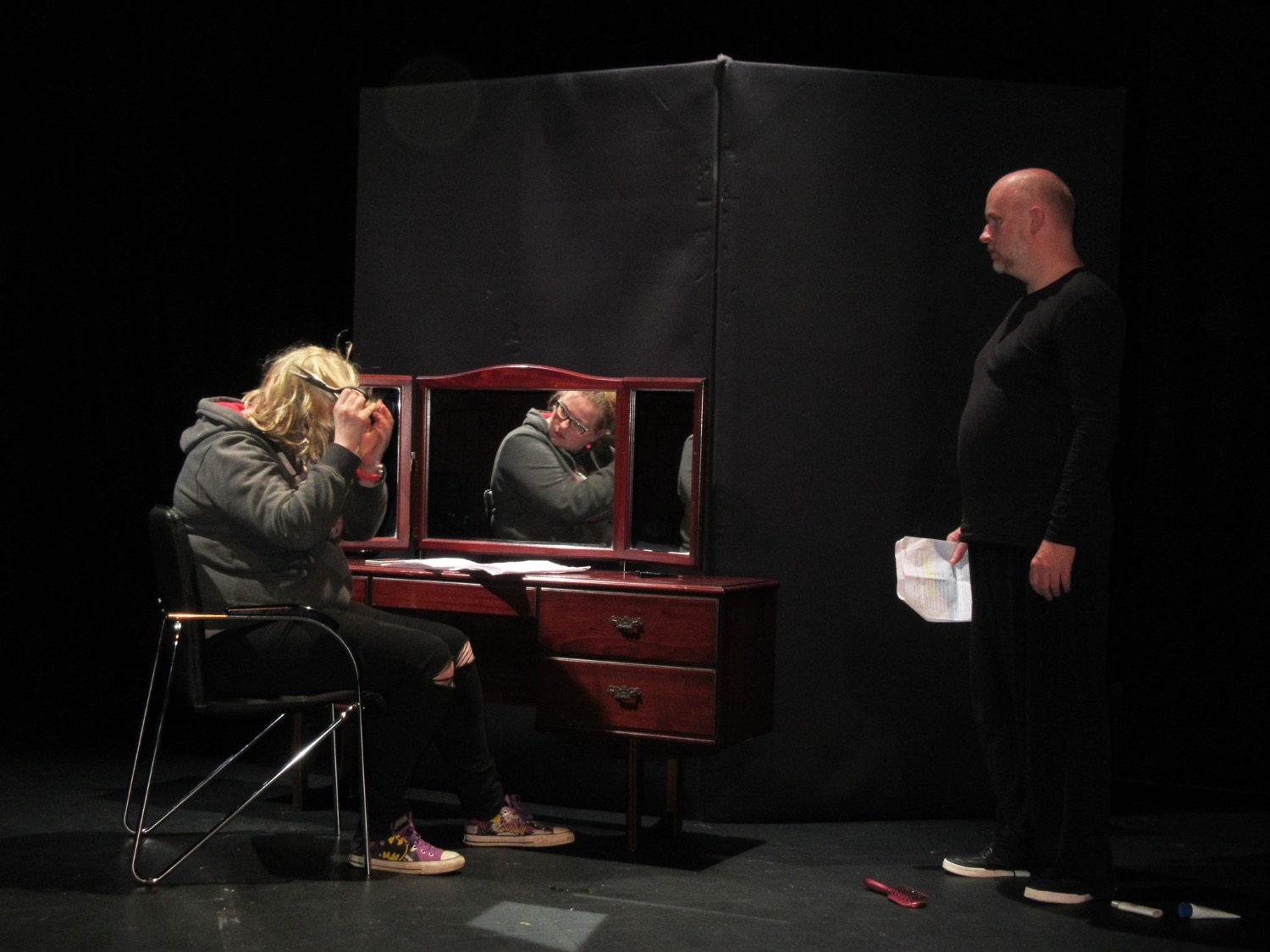 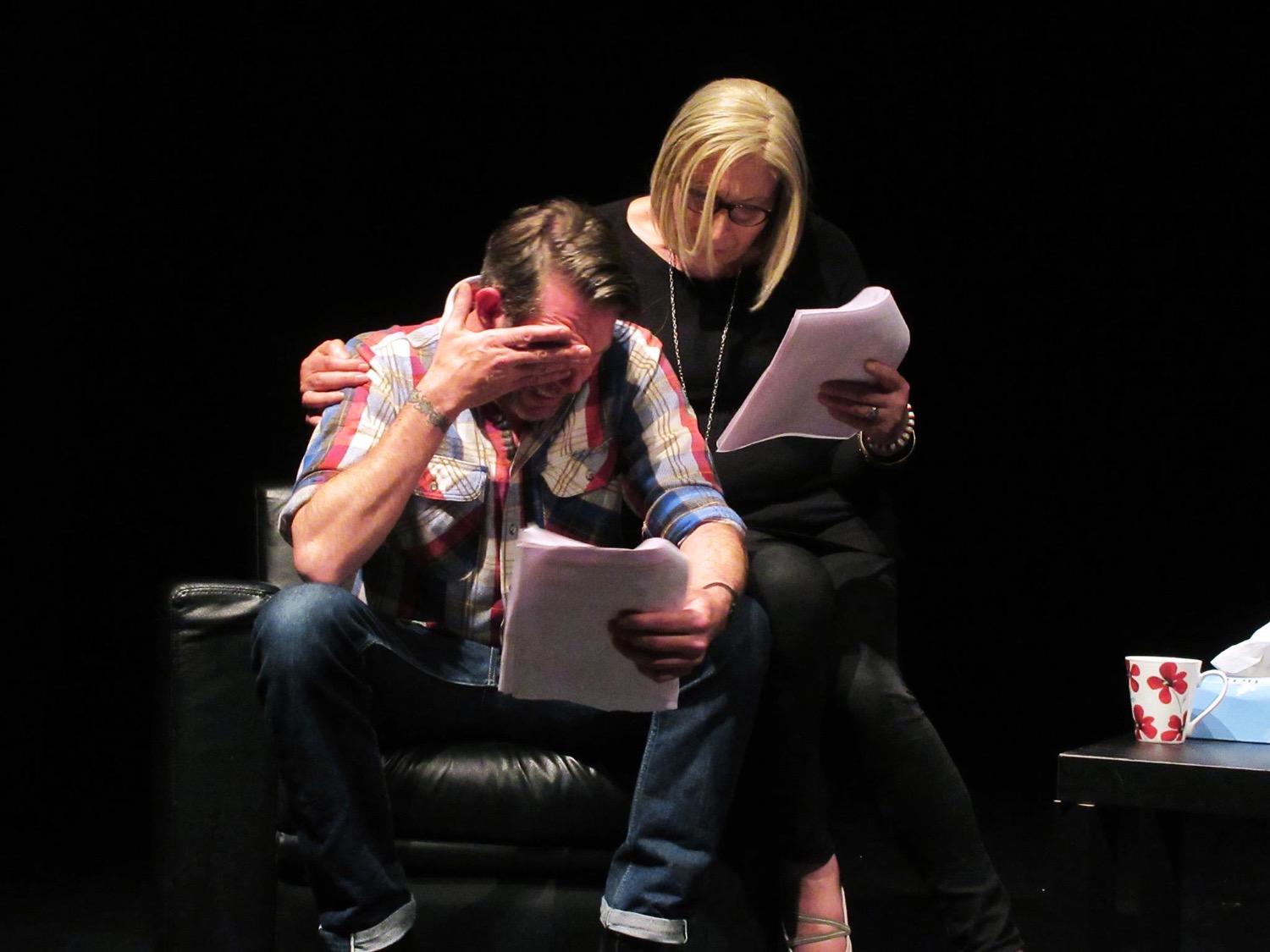 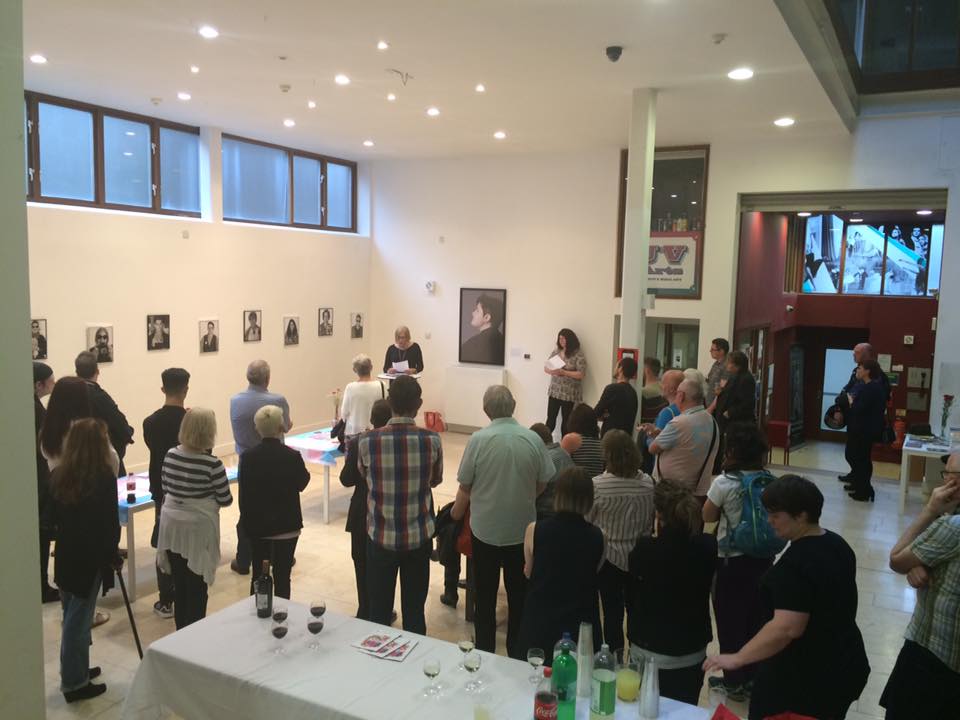