by Edie Shillue
Produced and directed
by Patricia Byrne

What happens when women get fed up?

After five years of ‘thinking globally and acting locally’, to raise awareness of climate change three women –tired of being ignored- decide to protest in Dublin. The protest coincides with a global economic summit. One woman takes a wrong turn, ends up at the summit and decides to singlehandedly change the protest. She kidnaps a certain American, determined to exchange him for a 'different' type of ransom.

How far would you go to save the only planet you ever had?

“Mothers Out Front’ is a truly amazing production with three of the best actors who work brilliantly together. Comedy and tragedy getting the message of our climate emergency out there. Wonderfully written!”

We had a brilliant tour of Mothers Out Front in May 2019, with great audience responses and standing ovations. The project was a great success!

“I loved ‘Mothers Out Front’. I took some pupils to see it. Thoroughly enjoyable and educational. Excellent performances from three fabulous women.”

This project was supported by The Joseph Rowntree Charitable Trust and the Arts Council of Northern Ireland.

“Mothers Out Front’ offers both an enjoyable and thought provoking experience. It serves to highlight the very real threat of climate change and connects at a personal level telling the stories of loss and fears for the future. I found the performances and storytelling to be moving yet funny in a way that engages on a deeper level in order to communicate the human side of climate change, particularly from the perspective of mothers and women who so often lead the way to protect the most vulnerable. This is an excellent piece of art which has the potential to continue to engage, raise awareness and hopefully stimulate behaviour change for all who see it.”

“I really enjoyed ‘Mothers Out Front’, it showed the passion that people have for this important issue. The play showed that this message can be delivered in a different medium to encourage people to take local action.”

“Mothers Out Front’ was fantastic! Side splitting humour with witty sayings, combined with the biggest threat to the planet getting kidnapped by a bunch of mammies. Loved it.”  Maia Willis-Reddick, UK Student Climate Network

“Mothers Out Front’ was brilliant; very informative, current with a very funny twist.” 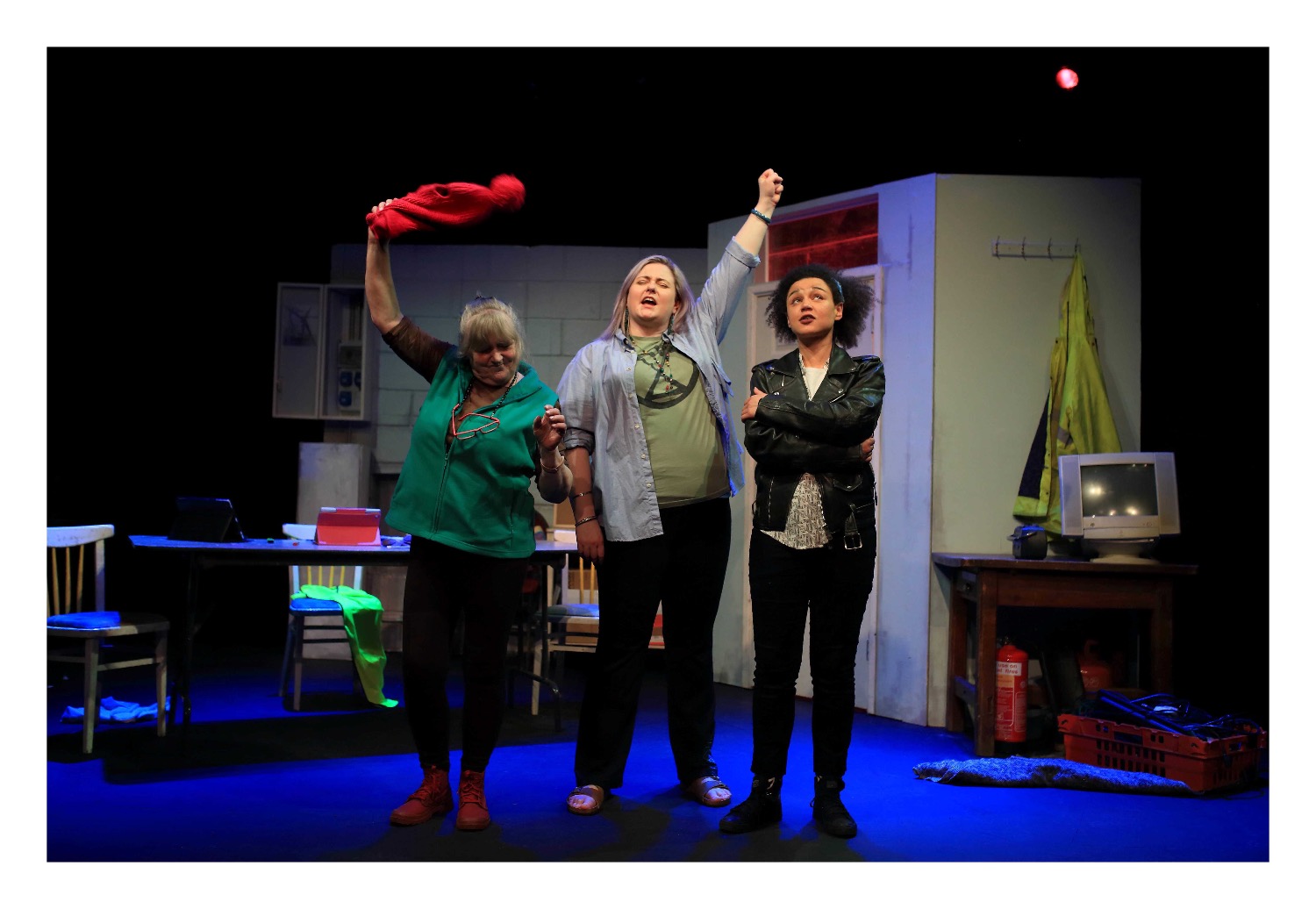